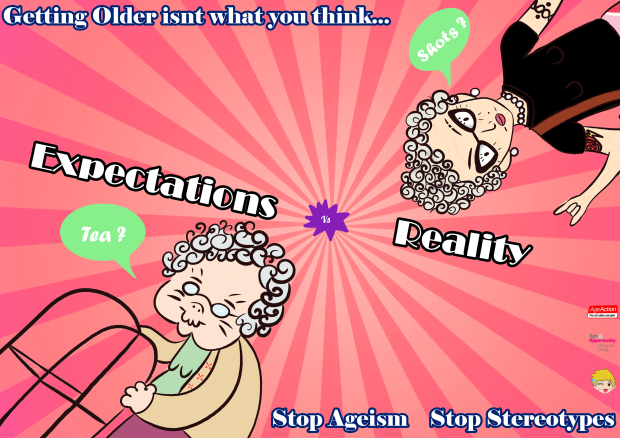 So Ageism… Basically I started off with a spider diagram do layout my ideas. From the started I focused on older people rather then both young and old which ageism relates to both. But never the less whats done is done. So from basic set notes I focused on stereotyped older people you know frail weak, a little forgetful or “slow” as it is also called and another thing I found common was that old people are grumpy which I found odd as if a person of any age could be grumpy but no when your older its consider a common trait.#

I also found that women are a lot more discriminated against when it comes to age then men are, it seem that as soon as a women turn around 35 she is now a older women while I man can be 50 and still consider a younger person and is socially alot more accepted.

One thing I found in my research almost like a case study was the classic “little old lady”  syndrome basically a women who is always baking “cookies” has a lot of cats cause she is lonely and doesn’t understand modern life.

It from there I began to think sure there might be some older women like this but a small amount and then I began to think about exceptions vs reality. Where I thought what is the op-site of these older people and then it hit me. 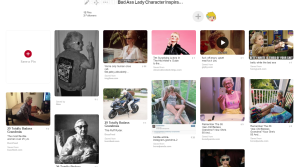 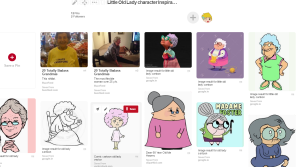 I was combining these images to make illustrations based on each character for the poster.

While looking at theses Illustrations I found most of them where stock images not real artist or illustrator behind them so I decided to look into more illustrators to add some artisan flavor to my poster. 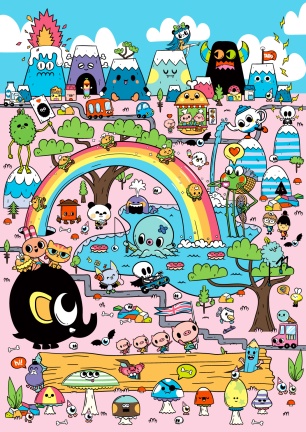 And another new illustrator I happened to discover was was Steve Simpson  I love his attention to detail, his work is the kinda work that makes me say I really want to draw right now I just find it so inviting! 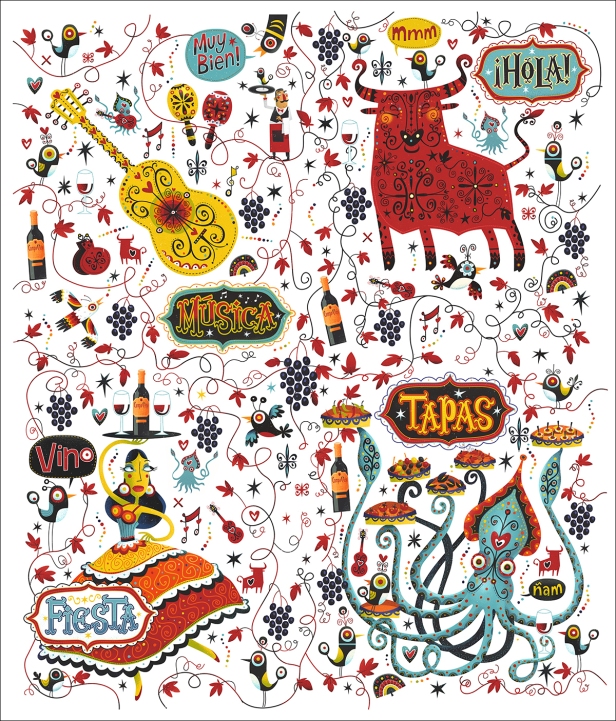 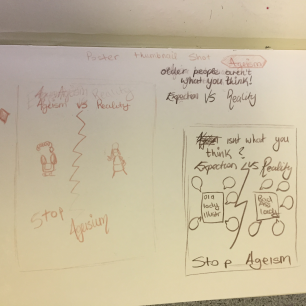 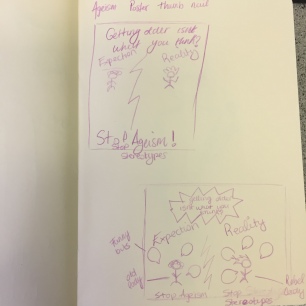 I then made up a basic thumbnail Sketch of what I wanted to go for. Basically I wanted an exception vs reality kinda of poster with an illustration of each character representing each side. And something Along the lines of “Getting Older isn’t what you thing” with underline like “Stop Ageism Stop Stereotypes”.

Now for the illustrations!

So here they are the little old lady is based off the images I saved in pintrest as well as my imagination I also added little speech bubble to give it flavor. The Bad Ass Lady I feel didn’t work properly because she was mainly based off a fictional character more than anything. She was almost a carbon copy of the character pasty stone. So instead I made a different illustration!

I call this one the TRUE! “Bad Ass Lady” Basically a rocker granny who just rocks out drinking and doesn’t care what you think. She also has speech bubble to give her some flavor. 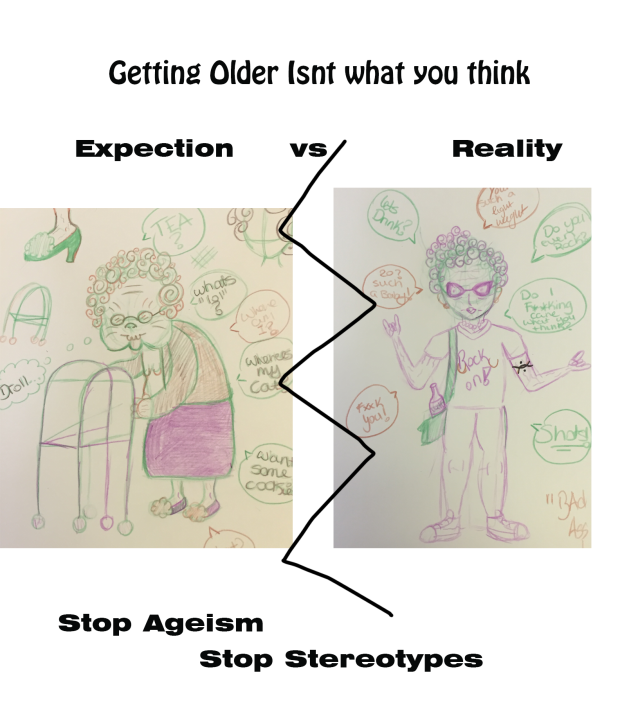 This is the ruff and when I say ruff I mean ruff  draft of what I want the poster to look like with each illustration on either side with speech bubbles and with the tag line above and under the illustrations along with a crack in between the two illuminations.

I decided to base my poster on the common internet joke/meme of Expectations vs Reality. 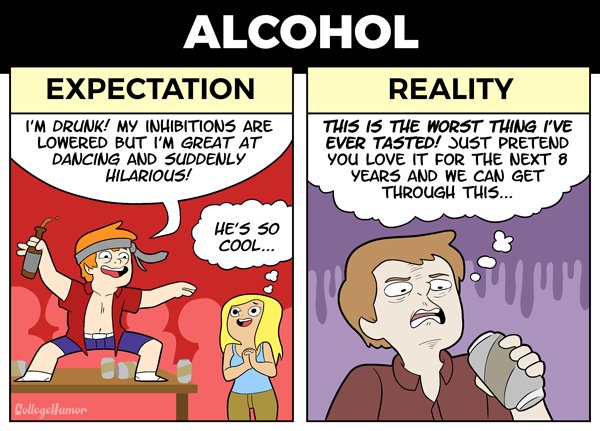 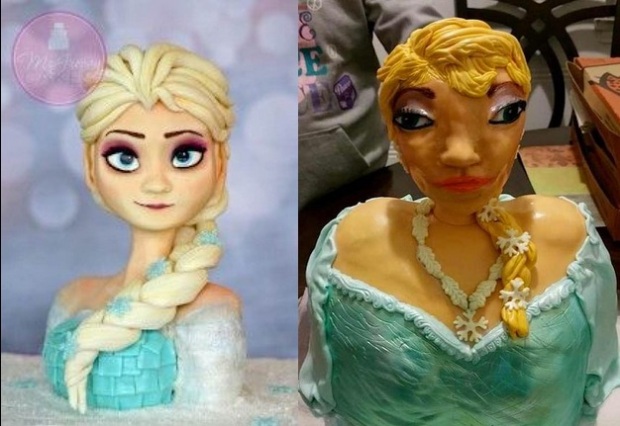 These posts are usually two Images side by side one being the desired effect or stereotypes of a something while the other picture would be then the reality of the situation. Like the cake for example like on the right is amazing sculpted cake if Elsa while to other side is the unfortunate reality.

I wanted the poster to pop so I decided I wanted to go for a pop-ish look. So I collected some posters of pop art . 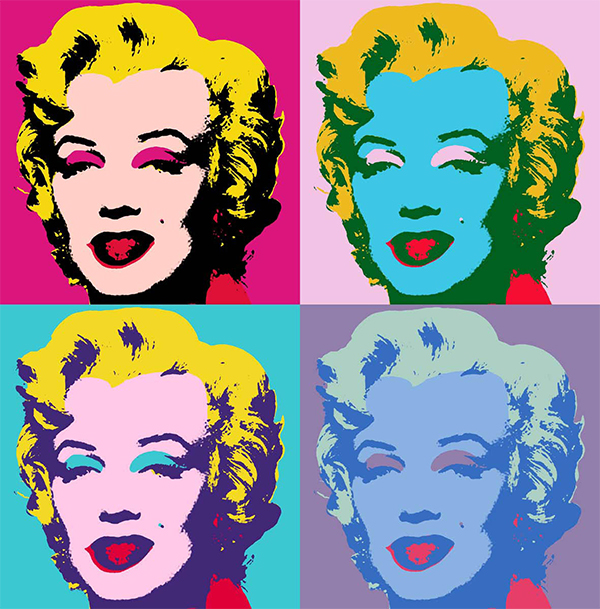 I liked really the bright colors and the noise it gave some pictures and wanted to integrate that in to my poster.But I also wanted to go for a pastel color palette. So I then looked at pastel posters. 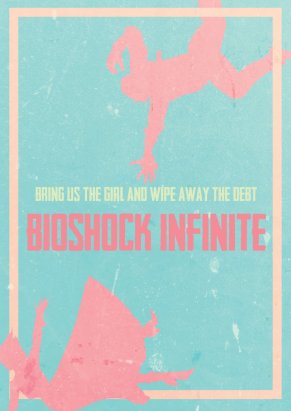 Looking at both styles there are very different but I wanted to combine the two into one to give both effect the each of them bring.

So I took to Photoshop and edited a pop art image I found on google and added pastel color to it instead.

I decided then it was time to give my sketches  a little makeover and being them to the digital age and turn them in the illustrations! 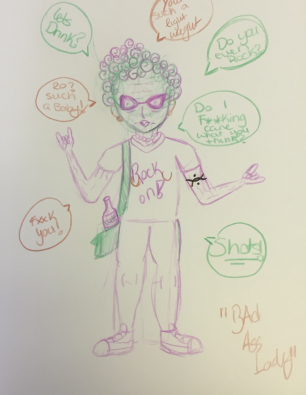 So for the Bad as lady I tried to give her a bit of pop art look edge with some bright colors yet with a black to still provide a rocker look I gave her some extra tattoos to give her that extra edge! 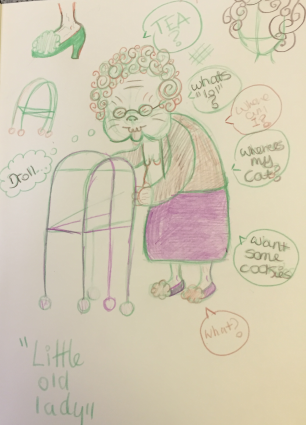 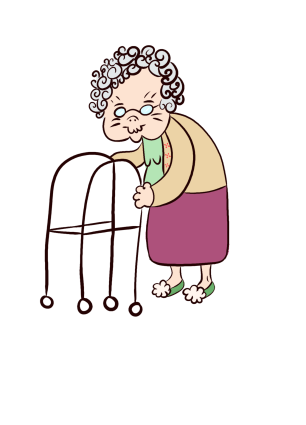 For the Little Old Lady I decided to go out for a more dull less saturated palette to kinda let the bad ass lady stand out more.

So now to build the poster! I started with adding the pop art graphic I made up to the background. And poping the grannies on to it.

I found this to be a bit to simple so I decided to frame the illustrations. This I liked cause It was a cleaner look. I added colorful tags at the top for where I was going to put the Expectations vs Reality.

So here I added the headings with the fonts I wanted it to reflect the meaning of the words so Reality is a very straight and to the point while the expectations is a very script and fancy looking font.

So the I then added the speech bubble that give the grannies context!

And ta-da! The finished product!

A little more research was needed so I decided to look at so more dynamic posters to juice mine up a bit.

I decided to look at “VS” posters cause I never really looked at any with my precious research. I liked how the “red vs blue” poster and the “Italy vs Spain” poster used text at a slight angle it gave the posters a pop and really made them flow better. The batman vs superman poster I liked for it clear hierarchy it clear what it want you to look at first I really wanted to do this with my redesign of my existing poster.

I first started with a color change cause I wanted a more vibrate look the pale purple didn’t really catch your eye it looked like a grey really if you didn’t look at directly so a bit more of a pop was needed!

So I changed the color to this vibrant red color that remind of the color sweet wrappers. 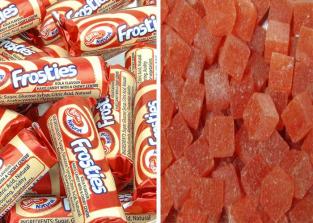 These frosties or fruit salads sweet is the kinda color I was going for.

Next I decided to play around with some text layout, I want Expectations vs Reality to stand out it being the first things you read. So I decided to go with a classic white with a black outline around it to give a dramatic appeal.

I decided to start off with a central look.

I then added my granny illustrations as soon as I added them I saw a problem with this design layout. I am trying to use the illustrate the expectations someone might have of an older person and the reality of the situation. But with this layout there is no clean flow or indication of which illustration is meant to represent the expectation or reality. 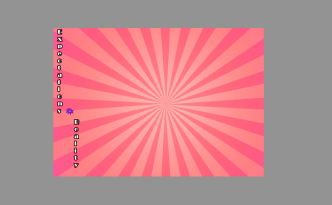 I tried messing around with the type again. With the banner I didn’t like how cluttered it made the poster I used a plain banner I downloaded here.Then I tried and placed the the type to one side just from the start didn’t like it the text was hard to read and there was no placement of the illustrations that really worked.

Next is when I found something I liked, I placed the type at a slight angle to give it an interesting look and feel.

Next I added the grannies into the poster I had fun with placing them at different angles. I think this looks so much more interesting than the plain old design I have before. The poster just looks more dynamic.

I added a speech bubble for each granny. I want to be careful with how many I ad I want the design to still remain clean and have some white space. I gave the speech bubbles a teal/green color I didn’t want to make them to green or the poster might look christmasy due the red/pink color of the background I think it manged to avoid this perfectly.

I added my slogan type text next I wanted to blend in slightly so it wasn’t the first thing you say but was still maybe the second thing you eye was drawn to. I decided this was not really work as the green color just made it blend in to much.

I decided to make the text white but instead of outlining in black like before I gave it a navy stroke instead this I feel gives it a softer look than the harsh black outlines so it still stands out but not as much as the title Expectations vs Reality which is my desired effect.

To finish the poster I added some logos from age action,age and opportunity and finally my own personal logo mark.

Wa-La the finished product is done!